Unbudded trees of ‘Garnem’, ‘Felinem’, and ‘Monegro’ are vigorous. Leaves are red, big, lanceolate. Active growing shoots exhibit an intense red‑purplish color. Because the leaves mature during the growing season, they turn brownish green to green. The three rootstocks bloom early, exhibiting similar low chilling requirements. Despite their similar morphology and performance, the three clones may be distinguished by molecular markers.

‘Garnem’, ‘Felinem’ y ‘Monegro’ are a cross between the Spanish almond ‘Garfi’ [Prunus amygdalus Batsch, syn. P. dulcis (Mill.) D.A. Webb] as the female parent and the North American peach ‘Nemared’ [P. persica (L.) Batsch] as the pollen donor. ‘Garfi’ is an open‑pollinated seedling of ‘Garrigues’ almond previously selected because of its good morphological characteristics and ease of clonal propagation ‘Nemared’ was chosen mainly as a source for root‑knot nematode resistance.

These rootstocks have been selected primarily for almond and peach and have exhibited total graft compatibility with numerous almond, peach, and nectarine cultivars. They are also compatible with some diploid plums. Compatibility has also been observed with some apricot cultivars belonging to the more compatible apricot group.

‘Garnem’, ‘Felinem’, and ‘Monegro’ propagate well by hardwood and herbaceous cuttings in aerated and welldrained soils. Best results for hardwood cuttings are obtained in the fall. Cuttings are easily obtained thanks to the low level of shoot branching. They also propagate very well in vitro. 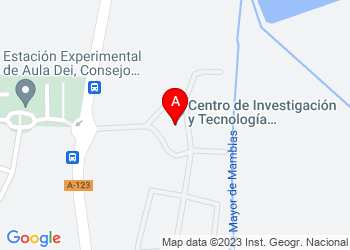 This website has been funded by the Consolidated Research Group A12_17R and A12_20R of the Aragon Government.

This website uses cookies to improve your experience while you navigate through the website. Out of these cookies, the cookies that are categorized as necessary are stored on your browser as they are essential for the working of basic functionalities of the website. We also use third-party cookies that help us analyze and understand how you use this website. These cookies will be stored in your browser only with your consent. You also have the option to opt-out of these cookies. But opting out of some of these cookies may have an effect on your browsing experience.
Necessary Always Enabled
Necessary cookies are absolutely essential for the website to function properly. This category only includes cookies that ensures basic functionalities and security features of the website. These cookies do not store any personal information.
Non-necessary
Any cookies that may not be particularly necessary for the website to function and is used specifically to collect user personal data via analytics, ads, other embedded contents are termed as non-necessary cookies. It is mandatory to procure user consent prior to running these cookies on your website.
SAVE & ACCEPT